Home / Entertainment / Scarlett Johansson does not want a baby sitter, “I want to do everything myself”

Scarlett Johansson does not want a baby sitter, “I want to do everything myself”

Shares
Hollywood actress Scarlett Johansson told about what helped her to get in shape after the childbirth. 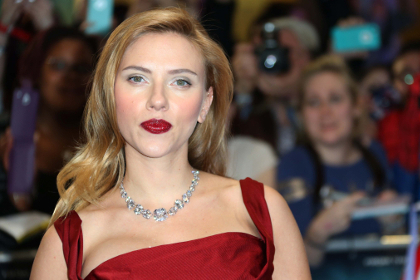 Hollywood baby boom touched famous actress Scarlett Johansson too. Three months ago, she became a mother and is very happy about her new status. In a recent interview with ABC channel 30-year-old Scarlett told about the virtues of motherhood and what helped her to regain her previous shape.

"Motherhood is wonderful. It is very, very magical – and exhausting. The love is just unbelievable. It's very overwhelming," Scarlett tells about motherhood while being interviewed by journalist Barbara Walters for her annual The 10 Most Fascinating People of 2014.

Scarlett Johansson also admitted that she was pleased to fulfill her parent tasks – she nurses Rose, wakes up at night to feed her, and, of course, changes diapers.

"I do the whole bit. I'm nursing and I love it," says the actress. At the same time she added that breastfeeding has helped her to lose weight after the childbirth very quickly. It is the best way to get back in shape.