Orlando Bloom dating the girl with the dragon tattoo

Shares
Famous Hollywood actor Orlando Bloom, well known for his role as the elf Legolas in The Lord of the Rings and The Hobbit has got a new passion - the star of The Girl with the Dragon Tattoo. 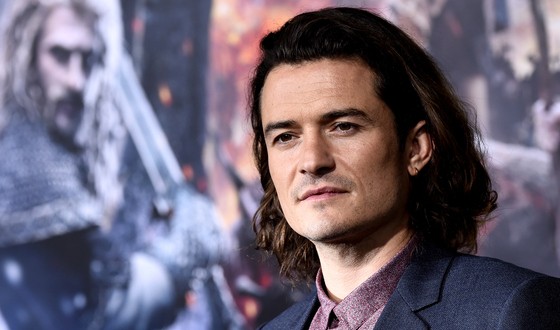 As you know, a year ago the actor divorced the model Miranda Kerr, after several years of relationship. The former spouses have three year old son Flynn, Joinfo.ua informs.

However, recently it was announced that actor has plunged into a new relationship with 34-year-old Swedish actress Noomi Rapace, who starred in The Girl with the Dragon Tattoo movie. A couple is starring in the new thriller, and now is in Prague. As reported, the relationship of Orlando Bloom and Noomi Rapace went beyond the project, and several times the actors left the set together.

"They spend a lot of time together both on and off set. They have been enjoying the sights together and having cozy meals. There's a real chemistry between them," a source says.

Also, their relationship seems to be in an infant stage, but it could be the start of something big, the actor"s friends say.

"He thinks she's very special," the insider sums up.

It was already mentioned that the other day in London the world premiere of The Hobbit-3 took place. As it is known, American actor Orlando Bloom has played a leading role in this movie.