Shares
Emma Watson is single again. Who will be the next lover of the red beauty? 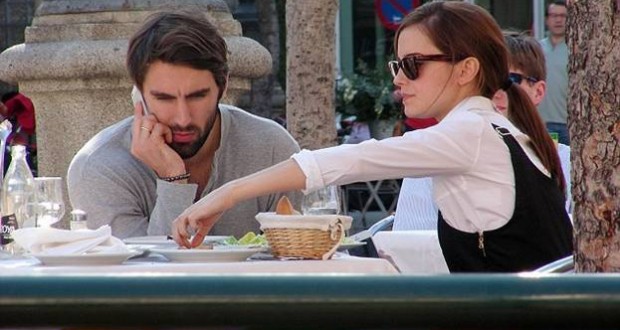 Emma Watson, who recently became a Goodwill Ambassador for the United Nations, is single again. The most beautiful girl of Great Britain broke up with her boyfriend, the Oxford student Matthew Janney.

It was reported by the press service of the star of Harry Potter. The report says that the couple broke up because of too busy schedule of the actress, who just did not have time for her beloved. According to the representative of the red-haired star, the couple broke up a month ago, they did not even have time to live together.

Emma and Matthew have been together for about a year. Before this, the actress had a relationship with Adamovich, a son of a millionaire. Back then, a spokesman of the actress said that the actress" busy schedule cause their break-up. But what about cheesy "we do not get along" or "we need to prioritize"? It's time to change the record.

But what if Emma's too feminist statements could cause their parting? Earlier, Emma Watson very fiercely defending women's rights. The actress was even "put on a clock."

Thus, hackers threatened to publish naughty pictures of prude Emma. However, after a wave of nude photos of stars, this is no surprise. Some celebrities like Rihanna or Miley Cyrus do not understand what the big deal? They love to appear topless on public anyway.