Shares
Recently, the Duchess of Cambridge and her husband Prince William published photos of the monarch family with young 17-month-old heir to the royal throne. 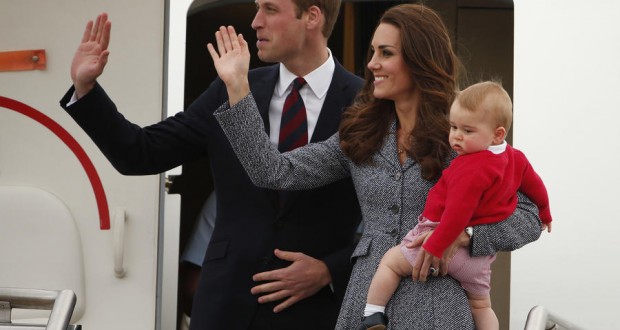 Little Prince George, who will inherit the crown, is pictured posing in a sweater vest with a soldier, Joinfo.ua reports. The new photoshoot is dedicated to the upcoming Christmas. As close people to the royal family say, at the court the little Prince George is called "Your Royal Cuteness." According to foreign sources, the nickname of the young prince is absolutely justified. After all, even the photo shows how lovely and cute the child is.

Also, the source informed that Christmas photo shoot took place on the steps of the Royal Kensington Palace. And these pictures are the first official photos with "His Royal Cuteness" Prince George. Except, perhaps, the photos taken almost immediately after his birth.

The authorship of the Christmas photographs belongs to the former professional photographer, and now – the member of the staff of the young royal family.

It was noted earlier that the Duchess of Cambridge and Prince William recently visited the United States where they met with the American star couple of Beyoncé and Jay-Z.