Hayden Panettiere and Wladimir Klitschko give name for their little “star”

Shares
Happy parents Hayden and Wladimir recently reported what name they have chosem for their little child. 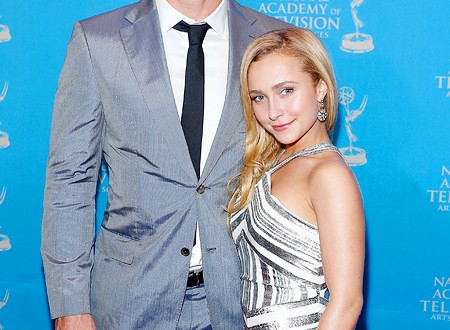 On his Twitter, the Ukrainian boxer wrote that the girl was born healthy, and the newborn "star" became the owner of a very unusual name – Kaya Evdokia, Joinfo.ua reports.

Also happy dad said that the baby was born weighting 3.5 kg with 50 cm height. As the media noticed, it is approximately the height difference between Hayden Panettiere and Wladimir Klitschko.

As it is known, Klitschko and Panettiere are together since 2009. But back then no one took their relationship seriously, and on the sidelines the couple was playfully nicknamed "the little girl and a giant."

The relationship of Hayden and Wladimir were not easy, they had to go through many difficulties, even a break-up. But everything turned out for the better, as time has shown that they are still destined to be together.

It was already mentioned that the other day the young dad Wladimir Klitschko "revealed the secret" of Hayden Panettiere, and announced the birth of their child. As it is known, for a few days parents hid the news about addition of their family for unknown reasons.