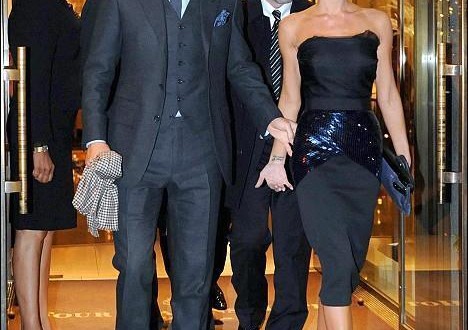 As it is known, three years ago Victoria gave birth to her and her husband's fourth baby. After three sons the Beckhams finally got a girl. The couple has long dreamed of a daughter, and finally their dream came true.

However, David Beckham is not going to stop, and he is already dreaming of a happy fatherhood. The man said that he does not care about the gender of a baby, he just wants his wife to give birth to his child.

As for Victoria, the woman does not share the dreams of her husband. She is rather afraid of the risks associated with late delivery. 40-year-old singer considers this matter closed and is not even going to discuss it.

At this moment the mother of four children enjoys her career and is no longer willing to think about the next pregnancy.

It was already mentioned that the football player David Beckham decided to try his hand at fashion. It became known that they had managed to sign an agreement with one of the world"s supply companies.