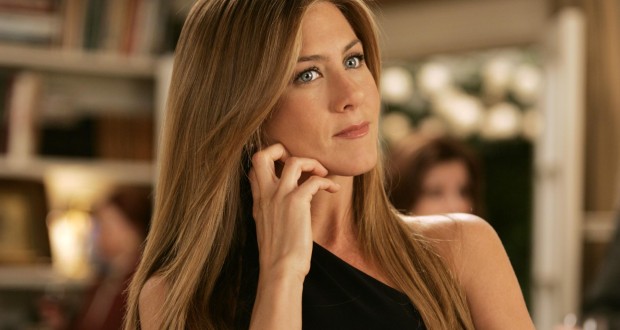 According to foreign media, the photoshoot was made for a fashion magazine Allure. In the photos Aniston is topless, while the man covers her breasts by himself.

These provocative images have already caused a great resonance and even outrage from the fans of the actress, as currently she is in official relationship with Justin Theroux.

It was noted earlier that the actress Jennifer Aniston has condemned everyone who accuses her of unwillingness to have children. As it is known, 45-year-old Hollywood diva is still childless, which causes surprise, and sometimes condemnation of the public.

However, the star says that it is not true. All allegations that she has not established herself as a mother are unfair. Jen said that the lack of her own children did not prevent her from experiencing maternal feelings to the children of her friends, or, for example, to animals.