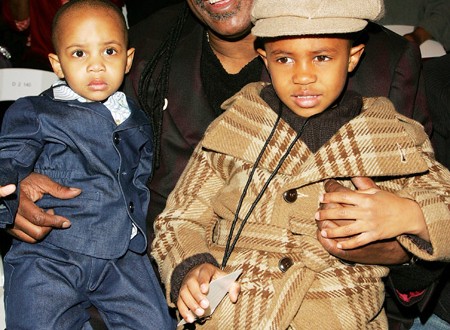 The musician's partner Tomika gave him a second baby, a girl, who became his ninth child, Joinfo.ua reports. The newborn baby is named Nia.

Previously, foreign sources spread information as if the singer Stevie Wonder was awaiting triplets, but the actor has denied such allegations, saying he was expecting one child.

As it is known, during his entire life the American musician, one-man band and Grammy winner was married twice: the first time to Syreeta Wright and the second time – to Karen Millard-Morris. Now Stevie has informal relationship with Tomiko Robyn Bracy.

It was reported earlier that Ukrainian boxer Wladimir Klitschko and his partner Hollywood actress Hayden Panettiere became happy parents too. The star family has a girl named Kaya-Evdokia.

The young family is flying high above the sky and having fun trying out their new role of parents.