Shares
Foreign sources spread gossips about the Hollywood diva Jennifer Lawrence having a love affair with her private bodyguard. 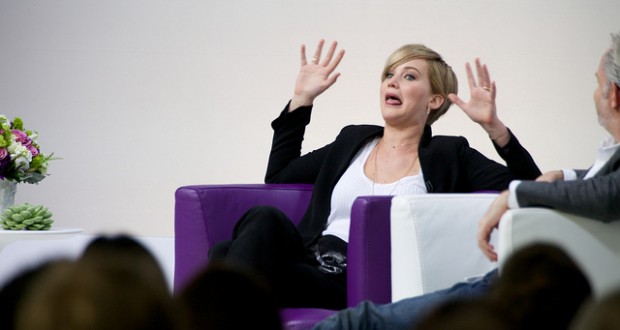 Not so long ago, on the Internet there appeared some photos of the American actress Jennifer Lawrence accompanied by her own bodyguard. His attractive appearance has caused a storm of enthusiasm among the fans of the actress.

One of the fans even said that she would like to become Jennifer at least to have her bodyguard being with her all the time.

At the same time in the photo the Hollywood diva accompanied by this extraordinary handsome man recalls the story from The Bodyguard movie with legendary Whitney Houston and Kevin Costner in the leading roles.

However, only time will show whether the actress Jennifer Lawrence is having a romantic relationship with her own bodyguard.

It was noted earlier that recently the popular diva was slightly afraid of her crazy popularity. It came to a point that the star of The Hunger Games was afraid to leave her house alone.