Shares
Amal Alamuddin, the wife of the famous Hollywood actor George Clooney is pregnant with her first child. 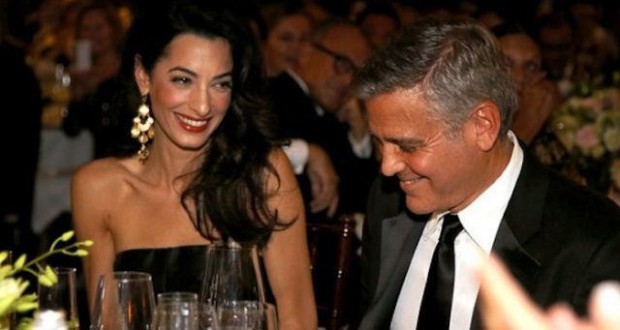 The other day it was reported good news the newly-minted spouses are waiting for addition to their family. According to sources, the baby was conceived during their honeymoon in the Seychelles.

At the moment, the celebrity couple refrains from any comments on this subject, and even denies the fact of Amal's pregnancy. At the same time, the Western media confidently state that soon the newlyweds will become parents.

Journalists suggest that the actor George Clooney and his wife Amal Alamuddin refute the information on pregnancy to avoid attention of the press. Only time will show whether it's true or not.

Earlier it was noted that the happiness of the newlyweds was clouded by quarrels about Amal's reluctance to have children in the near future. The woman says that she does not mind to have a child, but not right now. First she wants to get used to her new role as a wife, and then to think about motherhood.

George Clooney, apparently, did not share his wife's position, insisting on having children immediately. Perhaps the handsome star has enjoyed his single life and dreams to finally become a happy father.