Shares
In her latest album, which became public thanks to the efforts of hackers, Madonna sang an unflattering song, apparently, addressed to Lady Gaga. 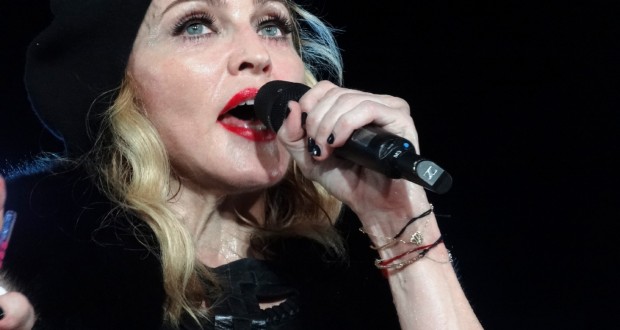 As it is well known, recently some hackers have put Madonna's files including the song Two Steps Behind Me on the Internet, Joinfo.ua reports. According to foreign sources, the singer Madonna addressed this single to her young colleague Lady Gaga.

It is no secret that the shocking images of Lady Gaga often overlap with the image of her more mature counterpart. Foreign media say that Lady Gaga is not ashamed of imitating the queen of pop scene. That's why the sources said that in Two Steps Behind Me the singer talking about the scandalous blonde.

The lyrics are as follows:

You're copycat, get back

I'm always on your mind

Always ahead of my time

I'll give you a heart attack, bumbaclat

Where is my royalty?

You're a pretty girl, I'll give ya that

At the same time, the singer Madonna has denied rumors about the quarrel with her young colleague and the fact that the scandalous song was addressed to her. The woman wrote it on her page in the social network.