Shares
Prince George, the son of Kate Middleton and Prince William, appeared among 50 most stylish men according to GQ magazine. 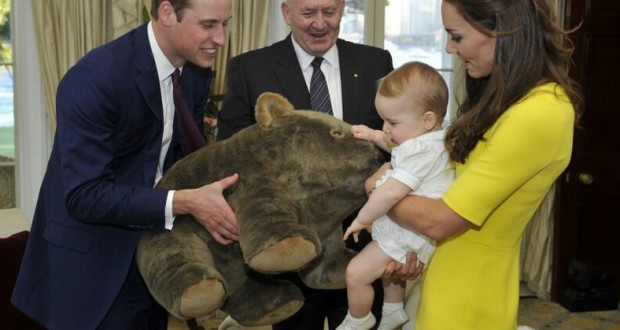 Duchess of Cambridge Kate Middleton and Prince William began to appear in public with their young son, Prince George. Recently the monarch family visited Christmas event in Norfolk, where the boy first met with Santa Claus. As it turned out, GQ magazine has labeled little Prince George as a fashion icon – the son of Kate Middleton takes the 49th position in the list of the best dressed men in Britain.

Also the top 50 of the most stylish men include the UK 'Sherlock' Benedict Cumberbatch, Jim Dornan, who starred in the smashing hit 50 Shades of Gray, as well as Romeo, the son of David and Victoria Beckham with actor Eddie Redmayne at the top.

By the way, earlier the members of the royal family were included into this list – Prince George's great-great-grandfather Edward VIII and grandfather Prince of Wales. By the way, neither the boy's father, Prince William, nor his uncle, Prince Harry ever appeared in the list.

It looks like his mother the Duchess of Cambridge, which is recognized as the most stylish woman of 2014, has taught the kid to dress well from the childhood. According to a survey site Feelunique.com she took leading positions, leaving the second place for the wife of David Beckham, designer Victoria Beckham.