Shares
January 7, the actress and her family arrived in Rome. According to press rumors she will have a meeting with the Pope. 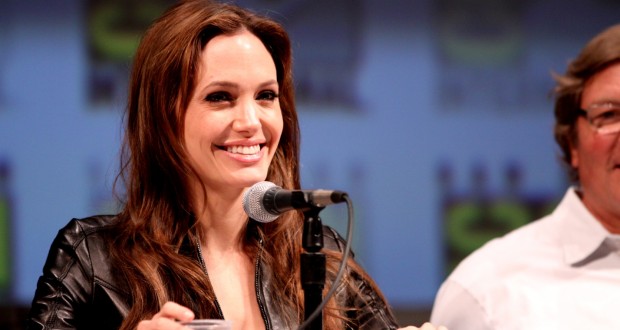 Despite the holidays, Angelina Jolie continues to work hard and have business meetings. Recently, the actress admitted that she does not know how to cook and Brad Pitt cooks all holiday meals at home. In addition, Jolie had other plans on this Christmas and New Year – to conduct an advertising campaign in support of her movie Unbroken.

Despite her busy schedule, yesterday the star and her children arrived in Italy. Brad Pitt did not come with them, but it is assumed that he will join the family later. According to insiders, Jolie and Pitt flew to Rome for the meeting with Pope Francis.

By the way, the famous mother was accompanied with her daughters Shiloh and Zahara. Judging by the photo, 8-year-old Shiloh, a biological daughter of Angelina Jolie and Brad Pitt, wears boyish clothes again. The American public is concerned about the girl's taste for men's style, her strange attire and behavior, since the little girl asks to call her John.

By the way, Angelina Jolie still can not get used to call Brad Pitt "my husband." These words are fundamentally changing the depth of the relationship between spouses for her.