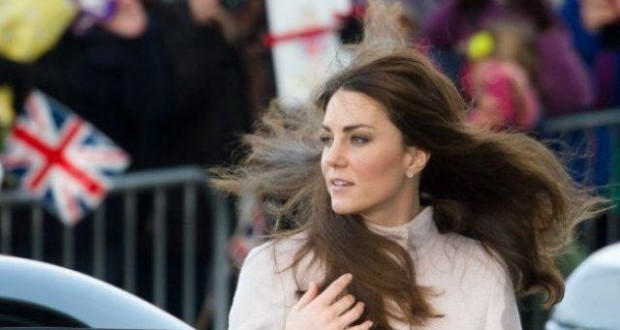 It's only been a few years since Kate had worked up her way as a "modern Cinderella" and became a member of the royal family. However, during this relatively short time she has managed to gain the status of the "style icon".

And now the fashion fans and critics from all around the world are looking forward to the next appearance of the beautiful wife of Prince William. Specialists carefully appraise Kate's outfits, favoring her elegant choice and delicacy of taste.

However, it does not prevent Kate to be democratic in her outfits. Thus, along with elegant designer's outfits the Duchess of Cambridge wears clothes of more democratic brands. He shows that outfit questions are not paramount for her. It is her simplicity that helped Kate Middleton to deserve national love and recognition of the population of Britain.

Roberto Cavalli, "A princess should be sexy. She is young, she is beautiful-I would like to create something special for her, but nothing too bold. I would like to prove to the world that Roberto Cavalli can dress a princess. Maybe I would use a print, keeping it young, sophisticated and sexy. Just because you are a queen or princess it does not mean you can not be sexy."

Matthew Williamson, "Kate is not a fashion bunny. I do not know why everyone in fashion is waiting to see what she wears. I'm, like, thinking: get over it."

It was noted earlier that the young Prince George, the son of the Duchess of Cambridge and Prince William, was included into the top list of the best dressed men in Britain.