Angelina Jolie becomes most respected person in the world

Shares
Angelina Jolie and Bill Gates became the most respected people in the world. At least, such results were shown by a poll. 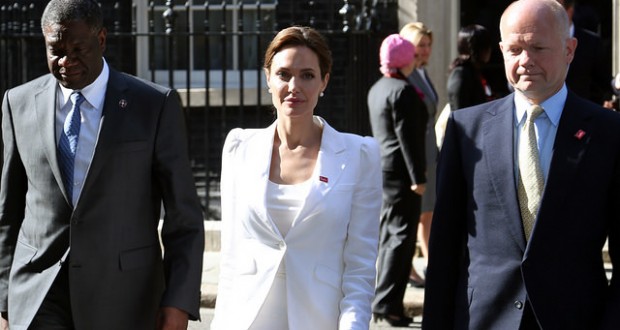 Recently, there was conducted a survey, which showed that people consider Angelina Jolie and Bill Gates the most respected personalities. In addition to the fact that the actress is considered the most beautiful and stylish woman, she actively does directing, protects the rights of women around the world, and visits developing countries, as Princess Diana did.

In addition, previously Angelina said that she was willing to start political career. She has a lot of energy and she knows how to guide it in the right direction. That's because in the list she was able to surpass even so authoritative female politicians as Angela Merkel, Hillary Clint and even the Duchess of Cambridge Kate Middleton.

Bill Gates became the most respectable male representative. He has got such a title for his accomplishments in the field of computer technology. Well, there is nothing to explain.

It should be recalled that in the past, Angelina Jolie finally amused her fans marrying her beloved Brad Pitt. Their children prepared the wedding dress for Angelina, having decorated the veil with their drawings. In an interview after the wedding, the actress said that their relationship became more tender.