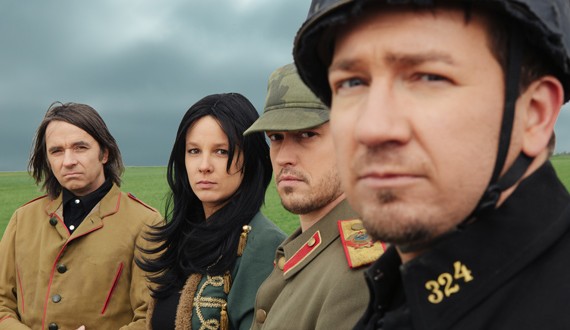 The lyrics are based on a pun. 'Puten' is a German word for 'turkey' and 'put put put' is a way the Germans beckon chickens, Joinfo.ua reports.

The musicians say that their song has become a kind of protest against the rigid and 'steel' power.

"The song is primarily concerned with the phenomenon that even in today's industrialized countries, the majority of the population wants strong leadership (for example, 'Mutti' in Germany, or Obama in the U.S., or even Putin in Russia). It scares us, and we rebelled against it," the musicians note.

The song tells the story of how Putin has all of Russia's neighbors on a short leash. Ukraine is the only exception. In addition, the video also mentioned offhand annexation of Crimea and the war in the east of Ukraine.