Shares
We present you funny cartoons created by the people from Germany. The Germans devoted these illustrations of comic character to the recent G7 summit. 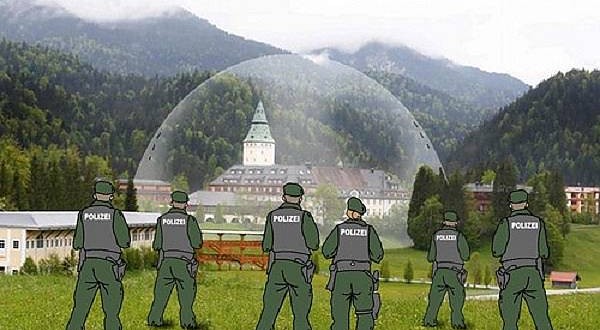 This year, the G7 summit was held in Elmau Castle, located in the picturesque town of Garmisch-Partenkhinhere, Germany. The meeting of the leaders of seven countries was taking place during June 7-8. German network users made a lot of jokes about the summit.

The citizens of Germany drew the funniest cartoons, devoting them to the international political meeting. As it is known, the summit was held without the participation of the Russian president. In addition to the heads of Canada, France, Germany, Italy, Japan, Britain and the United States, the conference was attended by the representatives of the EU, the leaders of Iraq, Tunisia, Nigeria, the IMF and the UN Secretary General.

Germans picked up the idea immediately and presented the G7 summit of 2015 in a comic form. Particular attention was paid to the security around the place of the meeting.