Shares
The British folk-rock band Mumford And Sons has filmed a video for the song Ditmas near Kyiv with a real Ukrainian Cossack on horseback in the main role. 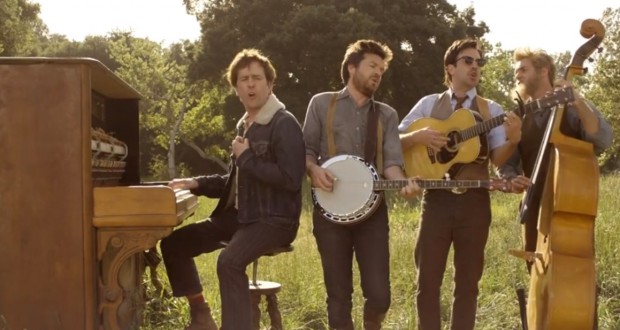 More and more Western musicians pay their attention to Ukraine and not just film videos based on the latest developments, but also come here in person. The British folk-rock band Mumford And Sons has filmed a video for the song Ditmas near Kyiv. The band announced it on their official page on Facebook.

“Shot on location in the beautiful countryside surrounding Kiev by director Alex Southam, the band are very pleased and proud to present the new video for new single Ditmas,” the message reads. The hero of the video is a real Ukrainian Cossack on a horse showing a lot of original tricks throughout the video.

Mumford And Sons is a folk-rock band from England, which was formed in 2007. For 8 years the mucisioans have released three albums: “Sigh No More”, “Babel”, and “Wilder Mind”. The song “Ditmas” entered their last studio album presented in May.

Earlier, it was reported that the group Linkin Park presented a new video for the song Darker Than Blood with fragments of chronicles from Euromaidan in Kyiv.