Shares
It is known that Sandra Bullock has been dating with Bryan Randall a couple of months but it already seems that he has became a big part of her life. 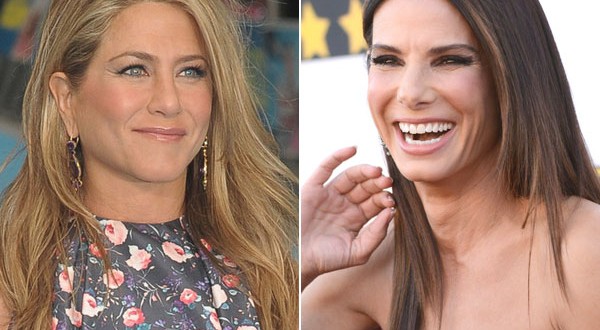 The Daily Mail has reported that the other day the new couple went on a double date with Jennifer Aniston and Justin Theroux in Austin, Texas.

The Gravity star has her own home in the city as well as restaurant Bess Bistro. And Justin Theroux’s new wife has been busy filming Mother’s Day.

So it was just a hop, skip and a jump for the four to get together over the long Labor Day holiday weekend.

Sandra Bullock was introduced to Randall, who’s 41, through mutual friends and it’s her first public romance since she ended her marriage to motorcycle customizer Jesse James in 2010 because of his cheating.

It emerged on Tuesday that her new beau had some legal trouble in the past stemming from a less than savory incident.

RadarOnline reported that in 2012, Randall’s neighbor John Stacer got a temporary restraining order against him after he smeared dog feces on the wall of his home.

Randall was the Gravity star’s date at Aniston’s wedding to Theroux and other diners at the eatery said the two couples had a great time together.

‘At first, I just saw Jennifer Aniston and then we looked again and saw all of them,’ Rhonda Scott, a luxury real estate agent in L.A., told Us Weekly.

It was reported that Hollywood star Guy Ritchie dreamed about shooting topless with President of Russia Vladimir Putin.