Home / Entertainment / Today you are back to the future!

Today you are back to the future!

Shares
The day, to which Marty McFly and Doc Brown travel in Back to the Future Part II has come, let’s celebrate! 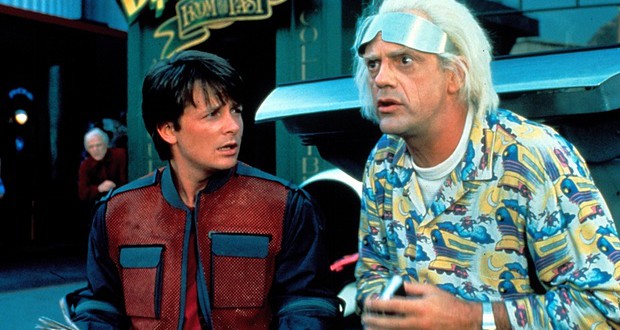 Today, 26 years after Back to the Future Part II premiere, people around the world celebrate the day to which Marty McFly and Doc Brown travel in the film. Internet is going a little crazy about it, comparing all the features of our “future” world, predicted in the movie, Joinfo.ua reports with the reference to The Guardian.

The movie, released in 1989, had actually predicted some things we have now, such as big 3d TV sets, virtual reality goggles, but it looks like we’ll have to wait for self-tied sneakers and really flying hoverboards and cars to appear later.

The Trilogy will appear in theatres all over the world on “Back to the Future Day”, so be sure not to miss those.