Home / Entertainment / J.K. Rowling has announced a new story of Harry Potter, and it is not a prequel

J.K. Rowling has announced a new story of Harry Potter, and it is not a prequel

Shares
J.K. Rowling has announced details about the upcoming play "Harry Potter and the Cursed Child", the premiere opens in July 2016 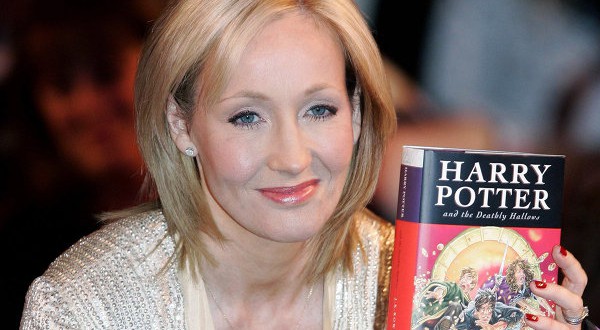 J.K. Rowling announced some new details about her upcoming play “Harry Potter and the Cursed Child”. The story begins 19 years after the events of the last book “Harry Potter and the Deathly Hallows: Part II”. The play will “start where the seventh book left off”. The author revealed more details of the story on the fan site Pottermore, Joinfo.ua reports.

So now you know it really isn't a prequel: Harry Potter & the #CursedChild starts #19yearslater! Go to @HPPlayLDN for more information.

The official synopsis of the play, posted on Pottermore sais: ”It was always difficult being Harry Potter and it isn’t much easier now that he is an overworked employee of the Ministry of Magic, a husband and father of three school-age children.

While Harry grapples with a past that refuses to stay where it belongs, his youngest son Albus must struggle with the weight of a family legacy he never wanted. As past and present fuse ominously, both father and son learn the uncomfortable truth: sometimes, darkness comes from unexpected places.”

The premiere of the play opens at the Palace Theatre London in July 2016, and the priority booking is available. The site also sais that the cast of the play includes more than 30 actors, but will be announced later.