Home / Entertainment / Cossacks are back! Ukrainian video service is creating a sequel of the popular cartoon series

Cossacks are back! Ukrainian video service is creating a sequel of the popular cartoon series

Shares
Ukrainain video service Megogo is producing a sequel of the popular cartoon series about the adventures of the Cossacks. They have already agreed a co-production of the animated series with the studio "Ukranimafilm" 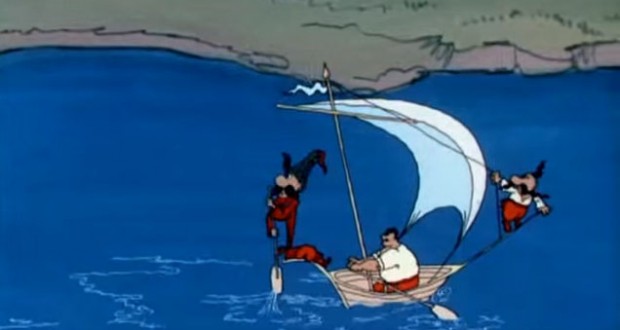 Ukrainain video service Megogo has decided to create its own content. The company is planning to get ahead not just competitors but also pirates. Thus, the sequel about the the adventures of the Cossacks is going to be a pilot project, Joinfo.ua reports with the reference to RBC Ukraine.

Original series of animated films were produced at the Ukrainian film studio “Kyivnauchfilm” by a director Volodymyr Dakhno from 1967 till 1995. “Ukranimafilm” is a legal successor of “Kyivnauchfilm” after the collapse of the USSR.

The main characters of the cartoons are three Ukrainian Cossacks. In each episode they get into an incredible adventure, meeting people from different countries and ages, even with the gods and aliens.

So, Megogo has agreed with the studio “Ukranimafilm” the co-production of the sequel of “The Cossacks”. Megogo provides a financial support for the project, and Baraban Studio, established on the basis of “Ukranimafilm”, will direct the production. Also, the “1 + 1 media group” will be the partner of the project.

As the director of marketing Megogo Ivan Shestakov said, a new season of the animated series will be ready by the summer of next year, in time for the finals of Euro 2016. The plot of the animated series will also be connected with the theme of football. In each series Cossacks will play football in a new country. Animated Series is designed for children and adults who remember well “the Cossacks” since childhood.

Megogo did not disclose the amount of investment in production. But, according to market participants, a minute of Ukrainian animation’s cost is about 1,000 Euro.