Entertainment One launched broadcasting in Russia and Ukraine

Shares
Entertainment One announced a signed agreement with Russian broadcaster, Carousel to air in Russia and Ukraine 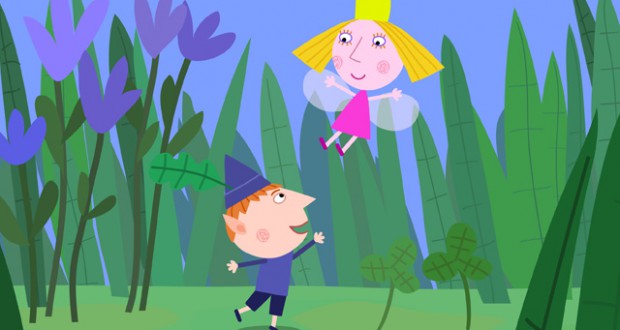 An international media corporation Entertainment One (eOne) signed an agreement on the rights to air its BAFTA and Emmy award-winning preschool series Ben and Holly’s Little Kingdom on leading Russian broadcaster, Carousel. Russian licensing agent Megalicense has also been appointed to manage the consumer products program for the brand in Russia and Ukraine, Joinfo.ua reports with the reference to Animation Express.

To build on the increased broadcast exposure, eOne has appointed Russian licensing agent, Megalicense, to manage the licensing and merchandising program in Russia and Ukraine.

Megalicense currently represents eOne’s Peppa Pig across the region and since taking on representation the agent has secured a number of licensing deals across key categories including apparel, publishing, a stand alone magazine, that sold out within a week, and the brand’s first live show in the region. The agent will now actively seek partners for Ben and Holly’s Little Kingdom across multiple categories, which are planned to launch at retail from Autumn/Winter 2016.

As part of its strategy to build a fanbase for the brand in Russia and Ukraine, eOne has developed a localised Ben and Holly’s Little Kingdom website for the territory that will be online to support the broadcast launch on Carousel.

One Family, Managing Director of Entertainment, Olivier Dumont says, “We are delighted that the partnership with Carousel will connect new audiences to Ben and Holly’s Little Kingdom in Russia. There is a growing appetite for licensed product in this emerging market, so it’s an exciting time to extend our existing partnership with Megalicense to include Ben and Holly and we look forward to increasing the presence of our preschool portfolio in this territory.”

Ben and Holly’s Little Kingdom is created by Astley Baker Davies, the award-winning animation studio behind Peppa Pig, and follows the adventures of fairy princess Holly and her best friend Ben Elf. The show has received wide critical acclaim and has been sold to over 160 territories worldwide.