Home / Entertainment / Cinema festival “Ukraine on Film: Way to Freedom” to be held in Brussels for the first time

Cinema festival “Ukraine on Film: Way to Freedom” to be held in Brussels for the first time

Shares
On 23-24 January 2016, a festival “Ukraine on Film: Way to Freedom” will be held in the capital of the European Union. It will be the first event of Ukrainian cinema in Brussels 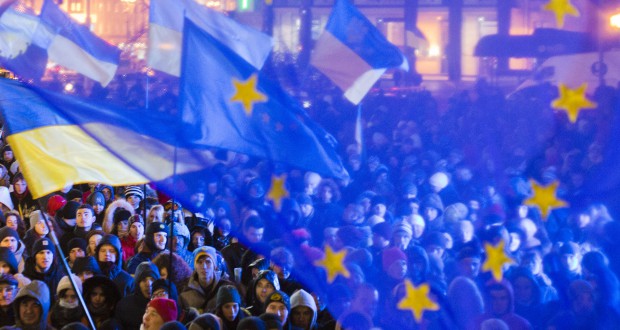 The program, which is united by the theme of the struggle for freedom, includes “Tribe” of Myroslav Slaboshpytsky, “The Guide” by Oles Sanin, “Gamer” by Oleg Sentsov and other remarkable films, Joinfo.ua reports.

According to the Embassy of Ukraine in the Kingdom of Belgium, the theme of the festival program in 2016 is the struggle for freedom. It will present Ukrainian cinema hystory from the movies of 1920s to the ancient symbol of democracy in Ukraine – the Cossacks, whose adventures will be shown in a series of classic cartoons.

Belgian viewers will see a resonance picture of Miroslav Slaboshpytsky “Tribe”, which collected more than 40 international film awards, including four Cannes Film Festival prize and the title of the European discovery of the year, according to the European Film Academy.

In Ukraine, the film “The Guide” by Oles Sanin became a box office hit, seen by nearly half a million viewers.

An important place in Ukraine on Film Festival ranks “Gamer” by Oleg Sentsov, who was illegally sentenced to 20 years in Russian prison. The proceeds of a charity show in the frame of the festival will be transferred to Oleg’s family.

The film “Everything burns” about the events on the Maidan during the Revolution of Dignity was awarded as the best job in East European documentary festival DOK Leipzig.

Also Belgium viewers will see the classics of Ukrainian cinema, “The Eleventh” by Dzyha Vertov – experimental documentaries about the victory of Soviet power in 1911 – accompanied by live electronic music of Anton Baibakov. Entertainment studio “Ukranimafilm” will present a collection of adventures of the famous “Cossacks”, with whom more than one generation of Ukrainian viewers grew up.