Home / Entertainment / George R.R. Martin announced that the latest book will not be available for purchase before the sixth season of “Game of Thrones” returns in April

George R.R. Martin announced that the latest book will not be available for purchase before the sixth season of “Game of Thrones” returns in April

Shares
George R.R. Martin announced in his blog on Saturday that the latest book will not be available for purchase before the sixth season of "Game of Thrones" returns in April, because he missed multiple deadlines 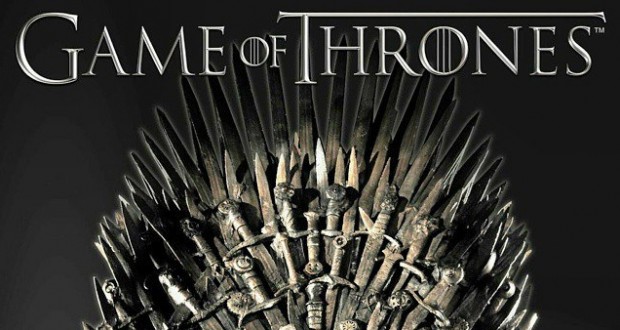 George R.R. Martin, author of the fantasy series “A Song of Ice and Fire,” announced in his blog on Saturday, that the latest book “The Winds of Winter,” will not be available for purchase before the sixth season of HBO series “Game of Thrones” returns in April, because he missed multiple deadlines, Joinfo.ua reports with reference to the Business Insider.

The author penned an honest blog post to try and explain why his latest book probably won’t be available for purchase before HBO’s show returns. In it, he says “writing didn’t come fast or well” and that thinking about missing the deadline — and press reports that he was going to miss the deadline — made him so stressed that it became a self-fulfilling prophecy.

“I grew unhappy with some of the choices I’d made and began to revise… and suddenly it was October, and then November… and as the suspicion grew that I would not make it after all, a gloom set in, and I found myself struggling even more,” Martin wrote. “The fewer the days, the greater the stress, and the slower the pace of my writing became.”

Martin says his disdain for deadlines is the reason he became a novelist rather than a newspaper reporter. He’s a creative perfectionist who can’t be rushed.

“I have always had problems with deadlines,” Martin wrote. “For whatever reason, I don’t respond well to them. Back in November, when I returned to Northwestern to accept my Alumni Award, I told the Medill students that was why I started writing fiction instead of getting a job on a newspaper. I knew even then that daily deadlines would kill me.”

“I am going back to my stance from last March, before all this,” he says. “It will be done when it’s done. And it will be as good as I can possibly make it.”

On Monday, Martin has thanked his fans for the “astonishing … outpouring of support”, which followed his announcement, the Guardian reports. Addressing fans concerned that the new TV series, which airs in April, might “spoil” the books, Martin admitted that “given where we are, inevitably, there will be certain plot twists and reveals in season six of Game of Thrones that have not yet happened in the books”, but added that “some of the ‘spoilers’ you may encounter in season six may not be spoilers at all … because the show and the books have diverged, and will continue to do so”.