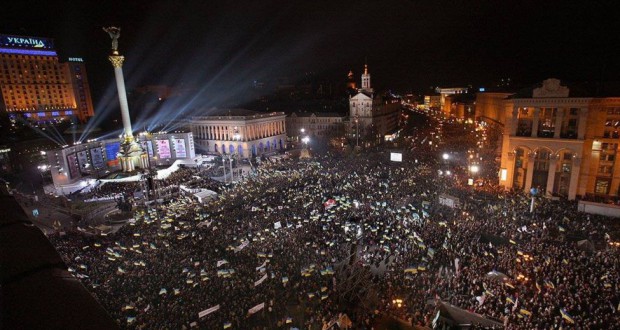 A documentary film about Revolution of Dignity in Ukraine in 2013-2014 has been nominated for an Academy Award for best documentary feature, Joinfo.ua reports with reference to Radio Liberty.

The Oscar nominations were announced on January 14 at a ceremony in Beverly Hills, California.

The Oscars will be handed out on February 28.

Winter On Fire: Ukraine’s Fight For Freedom is a 2015 documentary film about the Euromaidan uprising that overthrew Moscow-friendly Ukrainian President Viktor Yanukovych.

The film will also be presented on 23-24 January 2016, at a festival “Ukraine on Film: Way to Freedom”, which will be held in Brussels.

The program of the festival, which is united by the theme of the struggle for freedom, includes “Tribe” of Myroslav Slaboshpytsky, “The Guide” by Oles Sanin, “Gamer” by Oleg Sentsov and other remarkable films.