Shares
Barbie, the iconic doll that has long been critisized for her impossible proportions, will look a little more realistic as of today 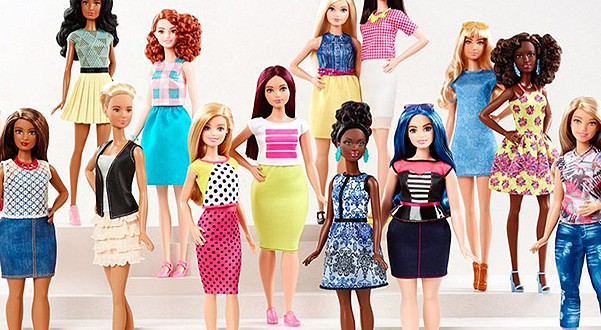 Barbie, the iconic doll that has long been critisized for her impossible proportions, will look a little more realistic as of today, Mashable reports.

Mattel announced in TIME magazine that Barbie will now come in three new body shapes, which the brand is calling “petite,” “tall” and “curvy.”

Barbie will also have seven new skin tones, representing a range of ethnicities and races.

“By introducing more variety into the line, Barbie is offering girls choices that are better reflective of the world they see today. The new 2016 Barbie Fashionistas collection includes 4 body types, 7 skin tones, 18 eye colors, 18 hairstyles, and countless on-trend fashions and accessories,” Mattel writes on its website.

Barbie debuted in 1959 as a sporty, beachy California girl with vaguely realistic proportions, but over the years morphed into a tiny-waisted, stiletto-wearing Glamazon that infuriated many women and was frequently the subject of academic theses on feminism and body acceptance.

Under criticism, Mattel has been trying to push the doll into becoming more empowering, or at least more expansive, in its portrayals of femininity with “I can be president Barbie” in 2012 and scientist and businesswoman Barbies.

This week, Lego presented the first wheelchair-using minifigure at the London and Nuremberg toy fairs.