Rooftoppers climbed to 1,260 feet high tower for a stunning shot 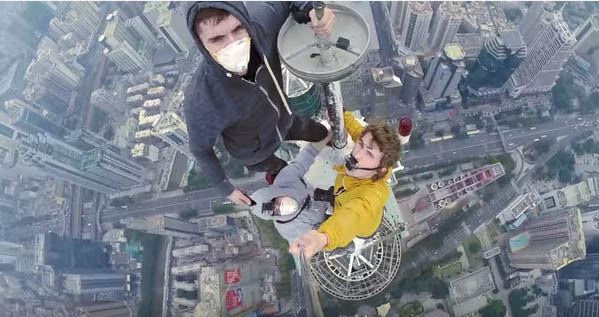 The Russian group, known as On The Roofs, climbed another skyscraper to make an ultimate selfie, Joinfo.ua reports with reference to Mashable.
This time the group consisting of Vitaliy Raskalov, Vladimir Sidorov and Ivan Beerkus topped the Shun Hing Square in Shenzhen, China.
In typical fashion, the team didn’t just stop at the the roof of the building, they climbed to the top of one of two spires located atop the tower, which tops off at 1,260 feet above the ground.

It’s unclear whether the team had permission to scale the skyscraper, but it should be noted that they were able to break through a door with a suspicious amount of ease.