Jamala to represent Ukraine at Eurovision 2016

Shares
Jamala, a Ukrainian singer of Crimean Tatar descent, will represent Ukraine at the Eurovision 2016 song contest with her song 1944 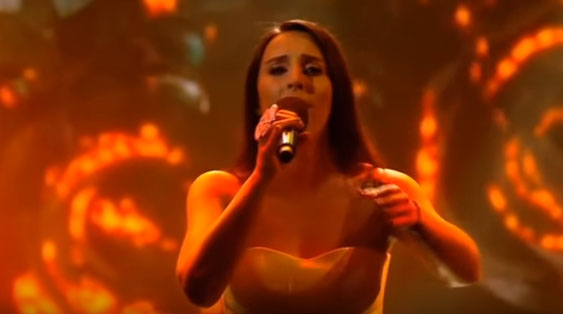 Jamala, whose full name is Susana Dzhamaladinova, was born in Kyrgyzstan, where her parents lived after Joseph Stalin’s deportation from Crimea in May 1944, Joinfo.ua reports.
Her song 1944 is inspired by the tragical story of her great-grandmother and many fates of Crimean Tatar families.

The song opens with the lyrics: “When strangers are coming, they come to your house, they kill you all and say ‘We’re not guilty.’”
Jamala performs her own musical compositions in different genres from jazz, soul, rhythm&blues to pop. Jamala was a participant in the Ukrainian national final in 2010 with her song Smile. In 2014 Jamala starred in the Ukrainian drama film The Guide that was selected as the Ukrainian entry for the Best Foreign Language Film at the 87th Academy Awards.