Shares
The sequel of the Ukrainian popular cartoon series about adventures of the Cossacks will launch by 30 May. 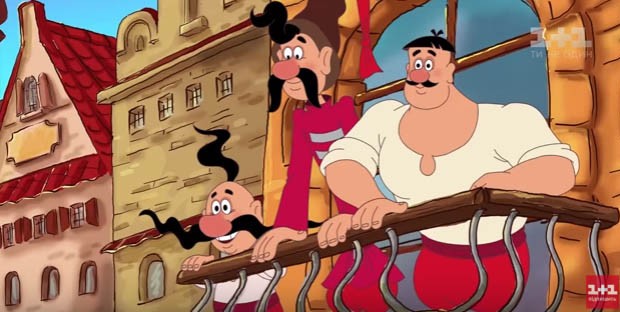 In autumn 2015, Ukrainian Megogo online theater, 1+1 media group and Baraban animation studio launched the production of the sequel of popular Ukrainian cartoon series about the adventures of the Cossacks. The pilot episode of the sequel is announced to be shown by 30 May, Joinfo.ua reports.

It have been 21 years since a new episode of the cartoon was presented.

In the new cartoons the Cossacks will travel across Europe. In each episode, they will have incredible adventures, meet people from different countries and ages – even with the gods and aliens.