Shares
After playing for 30 hours, a gamer reached the end of the game in No Man’s Sky 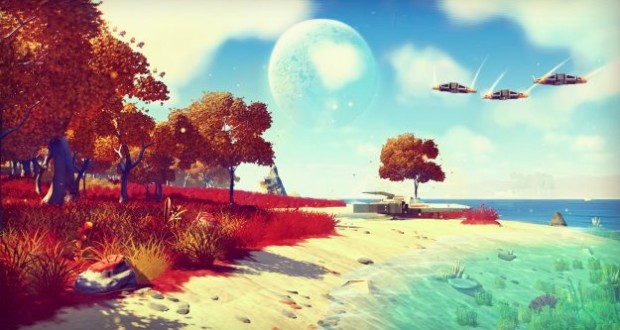 Last week, a gamer known as Daymeeuhn bought a leaked copy of the eagerly anticipated No Man’s Sky for a whopping $1250 from eBay. He posted several gameplay videos to Dailymotion before they were forced to be taken down by Sony. Since then, Daymeeuhn has been posting updates on his progress on Reddit. In the latest update, he revealed that, after playing for 30 hours, he has reached the center of the galaxy — effectively reaching the end of the game, the Geek reports.

30 hours of gameplay isn’t short, relatively speaking, but considering how Hello Games stated that it would take the average gamer anywhere between 40 to 100 hours to reach the center of the galaxy, this revelation could be seen as a disappointment for those who wanted a game that could last for months or even years.

It should come as no surprise that Daymeeuhn used a bit of an exploit to finish No Man’s Sky at light speed. He farmed an in-game item which he then sold for a substantial profit. This allowed him to upgrade his spaceship’s warp drive faster than if he had earned money at a slower rate.

A big part of the game’s appeal is exploring the countless, randomly generated worlds and making new discoveries. On top of finding new and strange planets, the game features space combat and the ability to interact with other players. While Daymeeuhn may have reached the end of the game in 30 hours, most people will take considerably longer. Given the amount of things to see, it is likely some may even spend hundreds of hours with the game and never finish it.

No Man’s Sky will be released on the PlayStation 4 and PC next week on August 9.