Shares
Millions of fans were thrilled to watch the long-awaited return of Jeremy Clarkson, Richard Hammond and James May on TV last night with a new show The Grand Tour after 17 months’ absence 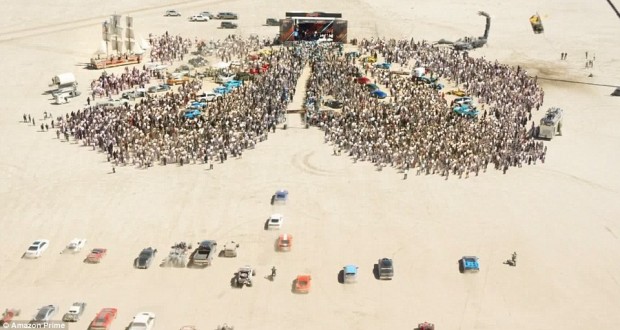 The pilot was filmed in California aired. In the opening scene, Clarkson arrives at the airport in Los Angeles where a blue sports car, a Ford Mustang Rocket, is waiting for him. In the background music swells: “I can see clearly now the rain is gone…” On the highway, just when the viewers have decided that it would be a solo journey, two sports cars driven by Hammond and May appear beside him, Joinfo.com reports with reference to The Daily Mail.

Then the trio races off into the desert with an incredible overhead shot shows them careering towards a massive concert-crowd, surrounding an open air stage.

Jeremy Clarkson was fired from BBC in 2015 after punching Top Gear’s producer Oisin Tymon.  Hammond and May have shown solidarity and left with Clarkson.