Shares
The Victoria's Secret Angels took the first class flight to Paris ahead of Fashion Show on Wednesday. 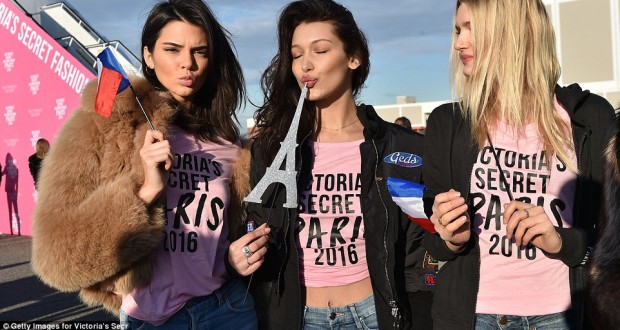 Beauties such as Bella Hadid, Kendall Jenner, Lily Donaldson and Joan Smalls smiled and waved for the camera as they gathered on the tarmac in New York, The Daily Mail reports. Kendall, who joins the show for her second year, shared a snap of herself beaming broadly waving a French flag while wrapped up in a chic fur jacket. The ladies were pictured arriving in Paris on Sunday night. Jenner made her debut at last year’s Victoria’s secret Fashion Show and this year marks the first time Bella, whose mother is former Real Housewives of Beverly Hills star Yolanda Foster, will walk the runway.

Bella’s older sister Gigi is also walking in the show for the second time. Bella is already in Paris where she was seen arriving solo on Sunday.