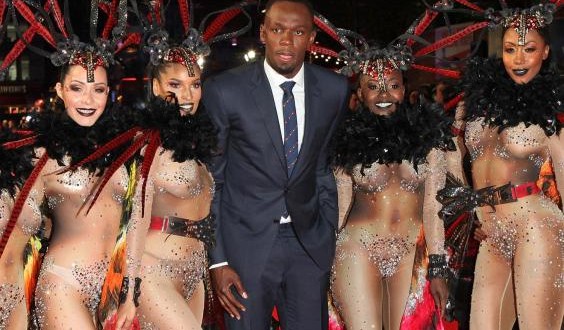 Usain Bolt, the nine-times Olympic gold medalist, arrived at the premiere of the film about his career, Joinfo.com reports with reference to The Evening Standard.

30-year-old Bolt talked to his fans and posed for the wall of photographers.

The record-breaking runner was also joined by his family at the event.  His parents and biggest supporters Jennifer and Wellesley Bolt were guests of honor at the screening.

Speaking on the red carpet, Bolt announced that he would be having a star-studded after party following the screening at Tape London.

The brand new documentary explores the legacy of the fastest man in history, featuring interviews with his nearest and dearest.

Bolt is also interviewed for the new film, which is said to show a completely different side to the iconic sportsman.

It should be recalled how a few days ago Usain Bolt and James Corden met in an epic rap battle: