Highlights of the Victoria’s Secret Fashion Show 2016 in Paris

Shares
On Wednesday Paris was turned upside down because of the Victoria's Secret Fashion Show 2016. 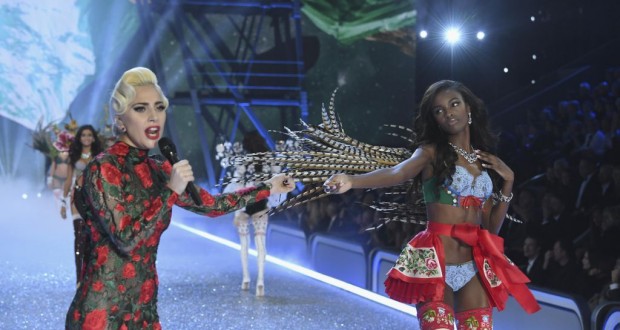 The winged beauties Gigi and Bella Hadid and Kendall Jenner went on the runway, Joinfo.com reports. This year Bruno Mars, The Weeknd and Lady Gaga performed at the fabulous show while the top models walked the runway.

All the eyes were on Jasmine Tookes that had the honor to wear the most prestigious lingerie this year – the $3 million fantasy bra.

“It is so beautiful. It’s covered in white diamonds and emeralds and it has about 9,000 gemstones,” she said at the backstage, USA Today reports. “So stunning.”

“It’s very heavy; it weighs more than 450 karats. It weighs down on my shoulders a little bit, but it’s so worth it,” she said. “I might jog out of this show with it, though.” Bella Hadid also enjoyed the performance. It was the first time that Gigi’s sister took part in the Victoria’s Secret show.

“Can’t believe I get to experience all of this with my best friend!” she wrote on Instagram, accompanied by a photo with sister Gigi, who also walked in the show.