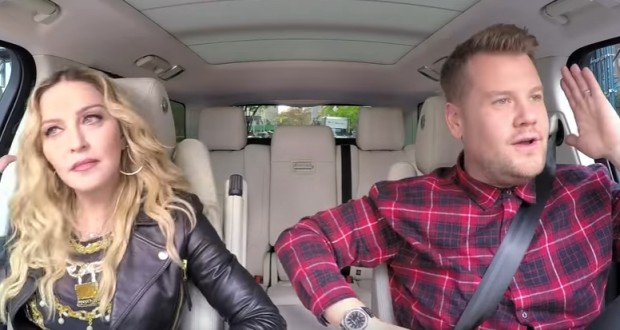 Madonna — the best selling female artist of all time — is just the latest to take a ride with Corden for his hugely popular viral video series, joining the ranks of Adele, Lady Gaga, Britney Spears, and First Lady Michelle Obama. The series has also won an Emmy award for best variety special, The Variety reports.

The video will premiere on Wednesday on “Late Late Show with James Corden.”

Madonna has a concert film debuting on CBS Corp.-owned Showtime on Dec. 9, based on her “Rebel Heart” tour. The film covers the seven-month, 55-city tour that concluded in March.