Shares
The first trailer for 20th Century Fox's “War for the Planet of the Apes” has been released. The film stars Woody Harrelson and Andy Serkis. 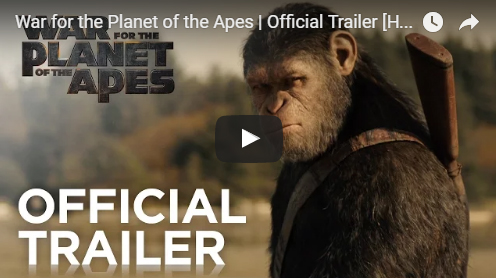 “This is our last stand,” the Colonel says. “And if we lose, it will be a planet of apes.”