Woody Harrelson will be shooting film while streaming it in theaters

Shares
Woody Harrelson wants to make history by live-streaming his new film in theaters at the same time it’s being shot. 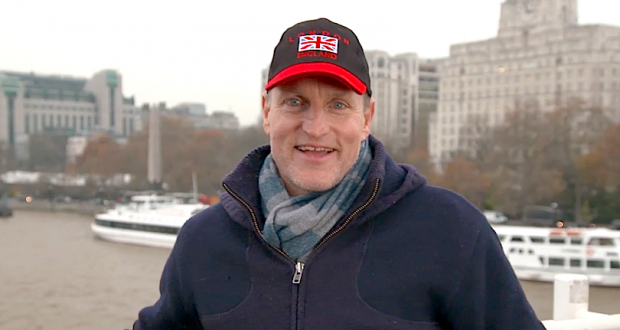 About 15 years ago, Woody Harrelson accidentally broke an ashtray in the back of a London taxicab, and ended up in jail for a night. And now Harrelson is going to use this episode for shooting a film called “Lost in London” and streaming it directly to big screens, the Entertainment Weekly reported.

“It might be accurate to call this insanity,” Harrelson told the EW during rehearsals for “Lost in London.”

“There has been live theater streamed into cinemas before,” Harrelson said. “But this is a real movie with 14 different locations and a 30 person cast.”

Harrelson wrote and directed the film, and is going to star in it along with his friends Owen Wilson and Willie Nelson. The film will shoot in London in the middle of the night local time.

“Lost in London” will premiere in theaters nationwide on January 19. Its live theatrical broadcast will begin in at 6:00 p.m. PT/9:00 p.m. ET and will be broadcast in more than 550 theaters.

“No one has ever shot a movie and live broadcast it into cinemas at the same time,” Harrelson said. “No one’s ever been that stupid — until now.”