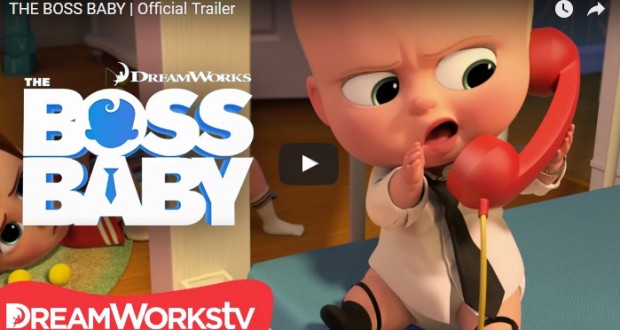 “The Boss Baby” is directed by Madagascar’s Tom McGrath. The most unusual baby in theworld wears a suit and speaks with the voice and wit of Alec Baldwin. Watch the trailer below.

It is a hilariously universal story about how a new baby’s arrival impacts a family, told from the point of view of his 7-year old brother named Tim.

The film is written by Michael McCullers, based on the award-winning picture book by Marla Frazee.