Shares
Ryan Gosling has won the 2017 Golden Globe award for best actor in a comedy film for his performance in La La Land. 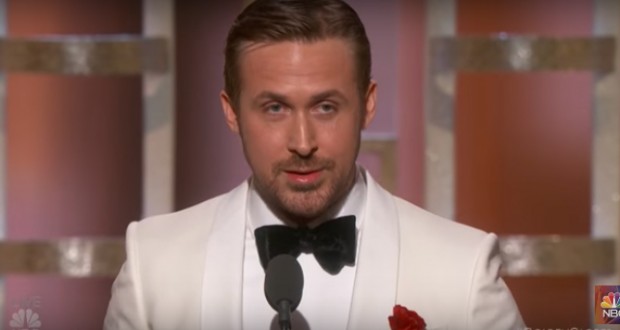 When the actor accepted his award, he first made a joke about being mistaken for fellow Ryan, Reynolds, who was nominated in the same category, before thanking his wife, Eva Mendes, for supporting him while he was filming, Elle reports.

“My lady was raising our daughter, pregnant with our second, and trying to help her brother fight his battle with cancer. If she hadn’t have taken all that on so that I could have this experience, it would surely be someone else up here other than me today. So sweetheart, thank you,” Gosling said melting all hearts.

He went on to dedicate the award to the memory of Mendes’s brother, Juan Carlos Mendez.