Shares
The new Baywatch trailer is NSFW and totally ridiculous 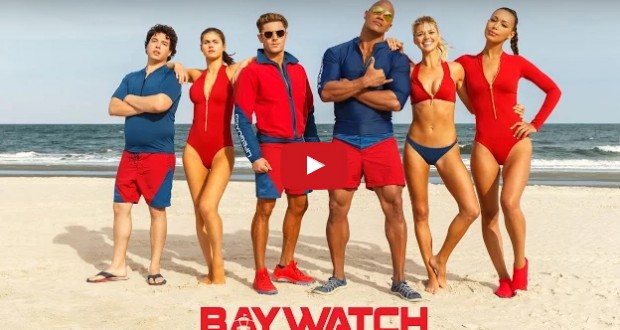 “Everything that you guys are talking about sounds like a really entertaining but far-fetched TV show” — so says Zac Efron in the new international trailer for Baywatch, Screen Crush reports.

The latest trailer for the comedic retread of the classic ’90s TV series drops the green-band pleasantries for a profanity-laden, NSFW sneak peek at the upcoming film, and though we’re not 100 percent sold on it just yet, Baywatch looks pretty darn watchable, at the very least.

Johnson plays a veteran lifeguard who must contend with a hotshot newcomer, played by Efron. Working with a crew that includes Alexandra Daddario and Kelly Rohrbach, the pair must overcome their differences to take down some nefarious criminal-types…on the beach. Hopefully director Seth Gordon (Horrible Bosses) and screenwriters Damian Shannon and Mark Swift (Freddy vs. Jason) have something to offer beyond a Jump Street knock-off.

Baywatch follows devoted lifeguard Mitch Buchannon (Johnson) as he butts heads with a brash new recruit (Efron). Together, they uncover a local criminal plot that threatens the future of the Bay.