Shares
"It's got nothing to do with politics whatsoever," says the B Street Band 's Will Forte. "It's really just a New Jersey party" 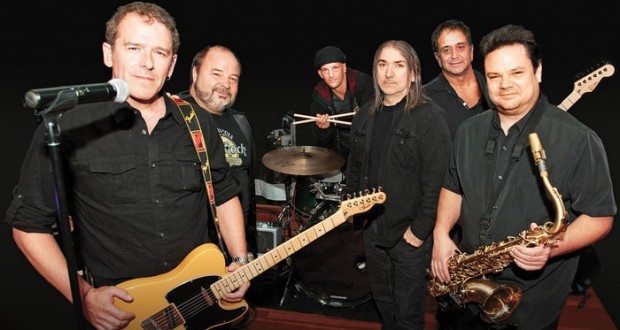 The B Street Band agreed to perform at a Garden State ball on January 20, and now the group finds itself in the crosshairs of politics and music, Rolling Stone magazine reports.

“I’ve been beaten down. I haven’t slept. I’ve been up all night,” says Will Forte, the founder of popular Bruce Springsteen cover group the B Street Band. The 63-year-old musician tells Rolling Stone that when news broke that his band would play a Donald Trump inauguration party this month, he received a flood of emails excoriating the group.

“We kind of fell into this and never saw it coming,” he adds. “I’m only a small fry. I like publicity, but I didn’t want this kind of publicity. The last time we had this much publicity is when we almost played the Craigslist Killer’s wedding up in Boston.”

“We’re a non-political band,” Forte insists. The B-Street Band have played dozen of shows for both political parties for decades, he says. They even appeared at the same gala for President Barack Obama in 2009 and 2013. “We’re hired to do things and we don’t look at what the repercussions are of playing an event at all,” Forte says. “We don’t even go into politics that deeply. The guys in the band are so easy-going, I don’t even know if they have any politics.” He lets out a deep laugh and sighs.

Now, in between performances like “Coach Lennon’s Birthday Bruce Bash” and the “Steinert After Prom Fundraiser,” the B-Streeters are dealing with a public relations nightmare for agreeing to the Donald Trump gig (something, Forte adds, they are under contract to perform). And then there is the problem of the band’s image. The cover band members worry how they will appear performing the music of Springsteen, who has been vehemently opposed to the president-elect’s campaign and platform. The so-called “party” has thrust the group into an unlikely, and unwanted, position.

Springsteen himself hasn’t been shy on his Trump feelings, calling him a “flagrant, toxic narcissist” with “simply no sense of decency.” “The republic is under siege by a moron, basically,” he told Rolling Stone last year. “The whole thing is tragic. Without overstating it, it’s a tragedy for our democracy.”

Springsteen appeared at a Hillary Clinton campaign rally right before the election, performing a solo acoustic set and telling the crowd, “Hillary’s candidacy is based on intelligence, experience, preparation and of an actual vision of America where everyone counts.”