‘Saturday Night Live’ says goodbye to Obama by singing ‘To Sir, With Love’

Shares
On the first "Saturday Night Live" of the Trump administration, cast members chose to bid adieu to President Barack Obama not with one last sketch, but a song, as NBC News reports 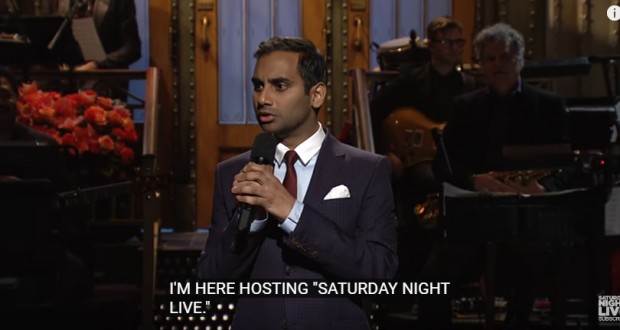 On the first “Saturday Night Live” of the Trump administration, cast members chose to bid adieu to President Barack Obama not with one last sketch, but a song.

At the conclusion of the episode — hosted by Aziz Ansari — cast member Cecily Strong, standing in front of a large black-and-white portrait of the now former president, sang “To Sir, With Love,” the theme to the 1967 movie of the same name in which a group of students serenade their beloved teacher, played by Sidney Poitier, according to NBC News.

Strong is soon joined by Sasheer Zamata to vocalize the rest of the song.

At the end of the song, the duo held up a cup. “We got you a mug. It says ‘World’s Best President,'” Strong said.

The screen then faded to black with the message: “Thank you, President Obama.” The moment was reminiscent of another recent musical goodbye in which Kate McKinnon dedicated Leonard Cohen’s “Hallelujah” to Hillary Clinton — the candidate she had spent the past year and a half portraying on the show — after the senator’s surprise loss to Donald Trump.

Although Obama hadn’t been spoofed on the show since the exit of cast member Jay Pharoah at the end of last season, the former president was the focus of plenty of sketches over his presidency, first as portrayed by Fred Armisen, then Pharoah, and once even by host Dwayne Johnson who ripped off his shirt to become “The Rock Obama.”

The real Obama has turned up on the show just once. In November 2007, he played himself in a sketch alongside Amy Poehler playing Clinton, his then-rival for the top spot on the Democratic ticket.