Shares
Here are the 20 biggest predictions about who of the nominees will receive (and who will not) Oscars, according to the Time magazine 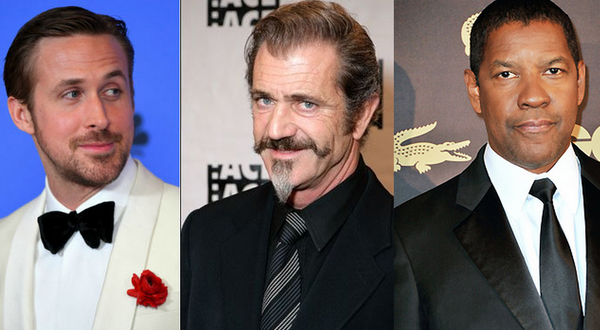 If Oscar prognostication is a sport, then nominations morning is the playoff game. And of course, as gratifying as it may be to find that you’ve accurately predicted the outcomes, it’s even more satisfying to decry the injustice of the names that went unnamed and debate the merits of those that made the cut.

For all the certainty of nods to Viola Davis and La La Land‘s left pinky toe, here are all the unexpected decisions the Academy had in store this morning, according to the Time magazine:

There’s no debating that Michael Shannon deserves all the awards, all the time. But his performance as a Texas sheriff in Nocturnal Animals has gotten minimal play in awards season thus far. It was his costar, Aaron Taylor-Johnson, whose Golden Globe win upset the expected win for Mahershala Ali; it remains to be seen whether Shannon will do the same on Oscar Sunday, but his presence among the pack is a nice surprise.

Bening has been nominated for four Academy Awards, and many believed that her nuanced turn as the mother of a teenaged boy in the late ’70s in 20th Century Women might land her her first win. Alas, she was edged out by a competitive field. At least she and husband Warren Beatty, whose decades-in-the-making Rules Don’t Apply failed to register with voters, can commiserate together.

The star of Matt Ross’ quirky summer indie Captain Fantastic was an outside choice throughout the run-up to nominations for Best Actor. But the absence of Tom Hanks (Sully) and Joel Edgerton (Loving), and the fact that Andrew Garfield was unlikely to be nominated for both Hacksaw Ridge and Silence (he was nominated for the former) made room for recognition of Mortensen’s memorable performance.

After Golden Globe nominations for both directing and screenwriting, it was a surprise not to hear Ford’s name mentioned for Nocturnal Animals. But at least the movie got some love, in the form of Michael Shannon’s Best Supporting Actor nod.

Lucas Hedges’ nomination for Best Supporting Actor for Manchester by the Sea is not exactly a shock, given the now-20-year-old’s breakout performance, and the fact that the Academy likes to recognize talent on the rise. But it wasn’t a given, either, considering the number of pundits who expected Florence Foster Jenkins’ Hugh Grant to box out the newcomer.

Florence Foster Jenkins ended up getting more love at the Golden Globes than at the Oscars this year, in part due to the former ceremony’s split categories for comedies and comedic performances. So Hugh Grant will sit out this year while his costar Meryl Streep collects her 20th nomination.

The existence of two separate screenwriting categories at the Oscars (adapted and original, as opposed to the Golden Globes’ jamming everything into one bunch) allows more room to recognize deserving screenwriters. This year, one of those writers is Mike Mills, whose nomination is the only nod for 20th Century Women, a charming gem of an indie whose total exclusion would have been a disappointment.

Amy Adams has been nominated for five Oscars and come up short each time, but 2017 is not going to be the year she breaks the streak. The Best Actress field was among the most crowded this year, and the Arrival star ended up on the outside this time around.

The Lobster’s dystopian tale of love in a time of forbidden singledom was one of the year’s most inventive stories, and thankfully its non-autumnal release (all the way back in May!) was not so long ago that voters forgot to recognize its deserving screenwriters.

Silence, the director’s long-gestating passion project about 17th-century Jesuit missionaries in Japan, has been conspicuously absent throughout awards season, despite overwhelmingly positive reviews. Though it failed to land nominations for Best Picture, Director and Leading Actor (Andrew Garfield), it did receive one much-deserved nod for Rodrigo Prieto’s stunning cinematography.

Pharrell technically got a nomination this year, as a producer of Hidden Figures. But Pharrell the musician and Pharrell the composer didn’t make the cut, despite buzz around several of the original songs he wrote for the soundtrack, as well as the score he cowrote with Hans Zimmer.

After it nabbed Golden Globe nominations for Best Picture (Musical or Comedy) and Best Actor (Ryan Reynolds), it looked like there might be a chance for the pottymouthed superhero to make an appearance at Hollywood’s main event. But superheroes, it appears, are still too middle-brow for the distinguished Academy’s tastes.

Snub – Janelle Monáe (Hidden Figures): 2016 was the year Monáe proved herself as an actress, in both Moonlight and Hidden Figures, and she deserved the Supporting Actress nomination as much as costar Octavia Spencer.

Snub – Aaron Taylor-Johnson (Nocturnal Animals): His surprising win at the Golden Globes had some wondering whether he’d crack the Oscar bubble, too. But the honor went to his costar, Michael Shannon.

Snub – Sunny Pawar (Lion): He may be only 8 years old, but the young actor carried the first half of Lion.

Snub – Finding Dory: Pixar’s one film in 2016 proved that some sequels are as worthy as the original. If only the Academy had a category for most adorable baby blue tang fish, it would certainly have gone unopposed.

Snub – Weiner: When it was released at Sundance a year ago, Josh Kriegman and Elyse Steinberg’s Anthony Weiner documentary had the distinct, metallic scent of an Oscar. But in a particularly strong year for docs, it didn’t end up among the gilded five.

Surprise – Mel Gibson (Hacksaw Ridge): Though the director’s name has been present throughout the lead-up to the announcement of nominations, the Academy’s decision to recognize him represents a definitive and unexpected comeback after years of negative attention.