Shares
For as much as "La La Land" is a throwback to the mainstage musicals of yore, star Emma Stone has the trappings of a Freed Unit starlet who shines brightest when playing characters caught in the sometimes bracing glow of the footlights. 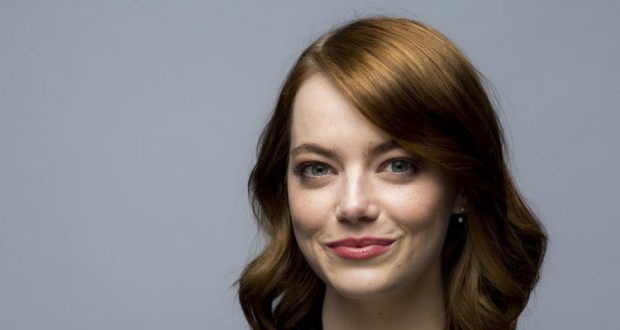 But the silver screen has always served as a siren song for the native of Scottsdale, Ariz., who at 14 pitched her parents a Power Point presentation aimed at relocating to California where she could pursue a career in acting, a dream she made reality in 2004, Libby Hill writes for LA Times.

Stone made her debut on the main stage in 2007’s buddy comedy “Superbad,” starring Michael Cera and Jonah Hill, before starring with Jesse Eisenberg in 2009’s horror comedy “Zombieland.” However, it wasn’t until her star turn in 2010’s “Easy A” —  a modern retelling of Nathaniel Hawthorne’s “The Scarlet Letter” — that Stone came into her own as a sultry yet fresh comedic star.

As Stone’s career has grown, so have her acting chops and props, earning her first Academy Award nomination in 2014 for her prickly supporting actress performance as Sam Thomson, a recovering addict, personal assistant and daughter of star Michael Keaton in Alejandro González Iñárritu’s best picture-winning “Birdman.”

Stone’s turn as Sam gave audiences new insight into her gifts as an actress, capturing a world-weariness and razor-tongue that belie her wide-eyed exterior.

It’s Stone’s keen ability to play both naivete and wisdom simultaneously that make her performance-adjacent roles so mesmerizing.

“I think ‘Birdman’ and ‘Cabaret’ are cautionary tales for an actor as much as they are for anybody in getting caught up in the perception of yourself,” Stone told The Times in a 2015 interview. “What people think of you becoming the god you serve, wanting that validation.”

Coming after her gritty performances in “Birdman” and “Cabaret,” Stone’s work as Mia in “La La Land” could have easily played as watered-down or saccharine, but it’s the actress’ signature blend of hope grounded in reality that prevents her portrayal of a struggling actress from verging into stereotype and earned her a second Oscar nomination.

In a 2009 interview with Black Book, Stone talked about the metamorphosis of her childhood acting dreams, starting with comedy and switching to theater, then musical theater, eventually abandoning the latter because after eight years of voice lessons, “I sucked at singing.”

“I’m not tone deaf,” Stone told the outlet, “but I’m not a singer by any stretch.”