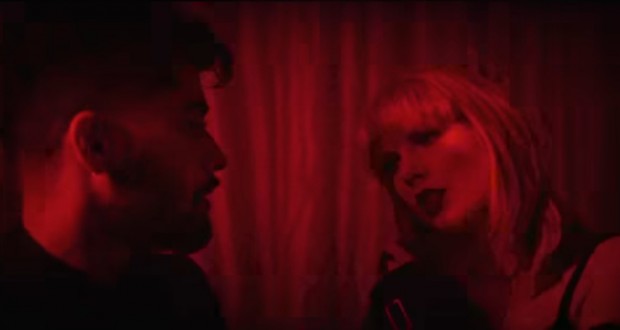 In the video, Malik and Swift fend off the paparazzi, put on their best angsty faces and smash things in hotel rooms. The two only appear briefly together in a sultry, strobe lit sequence toward the end of the song, according to Variety.

Swift and Malik have both teased clips from the music video over the past few days on social media. The song, released in December, follows in a lineage of “Fifty Shades of Grey” bangers “Love Me Like You Do” by Ellie Goulding and “Earned It,” which earned an Academy Award nomination for the Weeknd. The track was also Swift’s sole vocal release for 2016.

Swift wrote the song with Jack Antonoff and Sam Dew. Antonoff, who notably collaborated with Swift on her album “1989,” also produced the single.