Shares
SNL is one of Donald Trump's favorite targets, with the president often aiming angry tweets at the show, particularly after episodes where Alec Baldwin appears in his likeness. 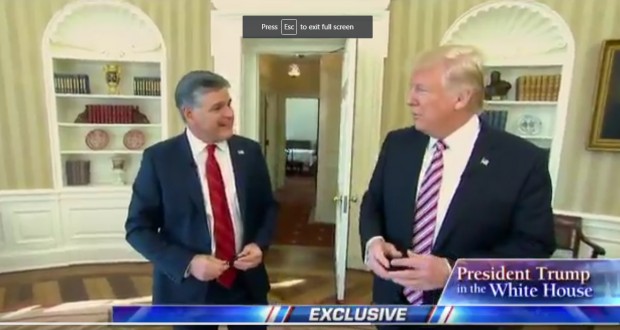 In an interview with Sean Hannity Thursday, Trump also reserved his ire for SNL writer Katie Rich, who was indefinitely suspended from the show after tweeting a tasteless joke about 10-year-old Barron Trump. He criticized both Rich and SNL, calling it “a failing show,” USA Today reports.

“It’s not funny. Alec Baldwin’s a disaster, he’s terrible on the show and, by the way, I don’t mind some humor but it’s terrible,” he said.

One week ago, Rich posted the tweet, “Barron will be this country’s first homeschool shooter,” before deleting it amidst widespread criticism, with many arguing the 10-year-old son of the president is out of bounds for such a joke. The 33-year-old writer, part of SNL since 2013, deleted her Twitter but revived it to post an apology. “I sincerely apologize for the insensitive tweet. I deeply regret my actions & offensive words. It was inexcusable & I’m so sorry,” she wrote. Rich was suspended immediately after her tweet for an indefinite period, according to a source familiar with the situation but not authorized to speak publicly. The White House also issued a statement about Rich’s distasteful joke. “It’s a longstanding tradition that children of Presidents are afforded the opportunity to grow up outside of the political spotlight,” read the statement. “The White House fully expects this tradition to continue. We appreciate your cooperation in this manner.”