Shares
Ukrainian National Dance Ensemble named P.P. Virsky made an improvised performance at the Boryspil International Airport in Kyiv before checking in for the light 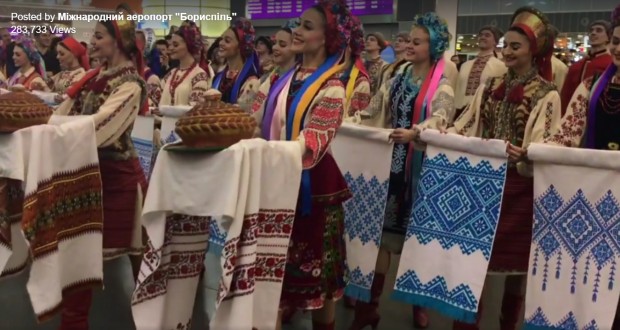 Passengers at the Boryspil International Airport in Kyiv were amazed to watch an improvised performance by the participants of the Ukrainian National Dance Ensemble named P.P. Virsky, Joinfo.com reports.

The legendary ensemble, which celebrates its 80th anniversary in 2017, was leaving on Thursday for a nationwide tour and decided to make a pleasant surprise to us all with a colorful show.