Top 10 Most Anticipated Multiplayer Games Of 2017 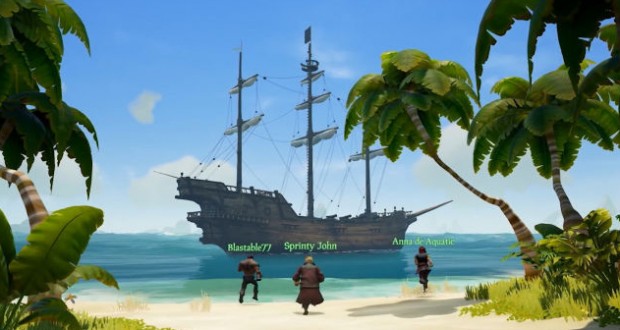 These are the best ten multiplayer games coming in 2017 to experience with a friend, according to IGN. At a glance Ghost Recon: Wildlands looks unremarkably generic; four grizzled American soldiers are tasked with destabilizing a Bolivian drug cartel for reasons that definitely won’t devolve into an excuse to blow stuff up. But upon closer inspection there’s actually a lot to be excited about when it comes to Wildlands’ multiplayer. The massive open world serves as a veritable military playground replete with multi-crewed vehicles and cooperative gameplay potential. In theory, the number of different approaches to completing a given mission is meant to be limited solely by a team’s imagination, coordination and discretion. And fret not, your character’s gear and progression will always carry over, regardless of who’s game you’re joining. It’s no secret that Epic Games’ Fortnite has been in development for a very long time. But considering that the closed alpha version of the game has received holiday update patches we can’t help but assume that 2017 is finally its year. The game tasks four players with scavenging materials, building a base and defending it from hordes of undead. Throw in four classes, skill trees and loot with different rarities, and the prospect of a 2017 Fortnite release becomes even more tantalizing. Absolver seems to tread the line between many different genres and tropes without fully committing to one or completely ruling out another. It’s not an MMO, but players will encounter each other emergently throughout the world as well as group up with friends for competitive PVP and three-man PVE. Combat in Absolver is melee-based with an emphasis on blocking, dodging and chaining together attacks from your customizable combat deck. Equipable weapons and four stances further broaden melee possibilities, and your character will even pick up techniques frequently used against them over time. Many questions still remain, but Absolver’s unique direction certainly has our attention. Dawn of War 3 has the difficult task of returning to the forsaken base-building roots of the RTS genre, while remaining fun and playable in the process. It combines the hero units of Dawn of War 2 with the epic scale of the original, in an attempt to create macro and micro-heavy RTS excellence. The game’s unit roster looks deep and varied, and the now famous factions of the 40k universe will no doubt confer different play-styles and strategies. We here at IGN can’t wait to put our multitasking skills to the test against and alongside our friends. The original State of Decay had a lot going on behind its rough exterior. The game presented players with a series of large and small choices that added up to a remarkably robust zombie survival experience. Expansive crew and resource management was layered seamlessly over the moment to moment action and personal progression that makes up the brunt of most survival games. And yet to many, its systems and gameplay seemed tailor made for cooperative play. Thankfully for us developer Undead Labs agrees. State of Decay 2 will feature drop-in drop-out four player co-op and we can’t wait to try. For Honor’s combat has a surprising amount of depth – parries, blocks, dodges, guard breaks, special attacks and environmental kills means that you’re always reading your opponent in an attempt to stay one step ahead. But this clinical analysis present in the game’s 1v1 duel mode can happily devolve into a button mashing fight for survival when presented with multiple foes. For Honor also boasts twelve classes spread across three factions, each with unique combos and special abilities to keep things feeling fresh. One of the best things about a great multiplayer game is coming up with creative tactics that your opponent has never even dreamed of, and slapping them silly with them. If Marvel vs Capcom Infinite follows in the steps of its predecessors, it might do this better than any other multiplayer game of 2017. Though we don’t know many solid details about how the 2v2 combat will work, it’s already evident that its fluid character swapping system will allow players to mount the kind of bewildering, brain-breaking offensive assaults the storied series is so well known for. Mount and Blade is an absolute classic, it may not look like much, but it’s got it where it counts. Its directional melee combat is instantly addictive and the sprawling, replayable campaign will have you living out your feudal fantasies over and over again. But the sheer variety and staying power of its multiplayer is what has us truly excited about the prospect of a sequel.  Mount and Blade 2: Bannerlord features updated visuals, epic castle sieges and if we’re lucky perhaps even a cooperative campaign. Here’s hoping that Bannerlord will take the Mount and Blade series out of the depths of niche obscurity and into the multiplayer spotlight where the series belongs. Sometimes the best ideas are also the most obvious. What could be more exciting than a Red Dead Redemption 2 take on GTA online? Let’s face it, it will probably be as close as we’ll ever get to an actual West World. The old timey aesthetic would seem to lend itself to large scale multiplayer in more ways than one, as the era’s humble arsenal and transportation options would theoretically tone down the absurd and bombastic gameplay associated with GTA Online, allowing users to get a bit more invested in the fantasy at play. Sea of Thieves looks to carry the pillars of multiplayer emergence, exploration and progression into an era where the MMO has all but vanished. Working in tandem with friends to effectively crew a ship becomes even more exciting in the context of a beautiful open world replete with both PVE encounters and player controlled ships. One of Sea of Thieves’ most exciting ideas is tangible currency in the form of treasure chests that must be retrieved, stored and transported to cash in. This plays up the pirate fantasy in more ways than one, as the treasure can be intercepted by a rival crew at any point during the process. Whether grouping up with friends or setting sail with a crew of strangers, Sea of Thieves is sure to harbor many unique multiplayer experiences in the year to come.