Shares
Jamie Dornan has shaved off his hair, but has added a hipster twist by keeping his massive beard. 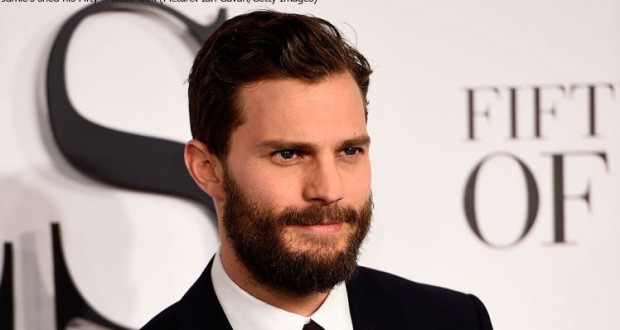 Fifty Shades Darker star Jamie Dornan was spotted at JFK Airport in Los Angeles, dressed down and scowling, with a military buzzcut, as he waited for a flight back to the UK, Metro reports. It’s unknown whether the Northern Irish actor, 34, has made this major image change for a film role or whether he has simply indulged in a cranial purge.

But with the beard, it almost looks as though his hair has migrated south to his chin for a winter holiday.

His IMDb page states he’s about to shoot an action-adventure movie in which he plays Will Scarlet alongside Taron Edgerton’s Robin Hood.

Could Scarlet be bald, or is Jamie’s alter-ego Christian Grey losing his locks in the third Fifty Shades movie, entitled Fifty Shades Freed, which is due out in 2018?

However, we only have to wait 11 days till Fifty Shades Darker hits the theaters on February 10th.